DSC technology got selected in the Hot Chips 2019 conference

On August 21st,2019, at the Hot Chips 2019, a top conference of high-performance chip,  ended at Stanford University in the United States, the team of Professor Shaojun Wei of Tsinghua University made an academic report titled "Jintide®: A Hardware Security Enhanced Server CPU with Xeon® Cores under Runtime Surveillance by an In-Package Dynamically Reconfigurable Computing Processor", introduced CPU chip of Jintide® server, which was jointly developed by Tsinghua University and Montage, and CPU hardware vulnerability protection solution developed in cooperation with Qihoo 360. CPU chip of Jintide® server is the world's first CPU chip that uses a third-party chip to implement runtime security monitoring of the hardware of the processor core. Whether it is a hardware Trojan, a bug, a backdoor, or malicious use of the front door, it can be discovered timely and regulated on demand. The actual measurement results of the system show that it can effectively detect more than 99.8% of hardware attacks if multiple CPUs of the Jintide® server run simultaneously, and the performance loss is only 0.98%.

This paper is the only paper, which concerns chip hardware security technology, of the 26 conference reports of the Hot Chips, and it is also the only first author paper published in Hot Chips' 31-year history by Chinese universities. The first author of the paper is Professor Leibo Liu, and the speaker is senior researcher Ao Luo. 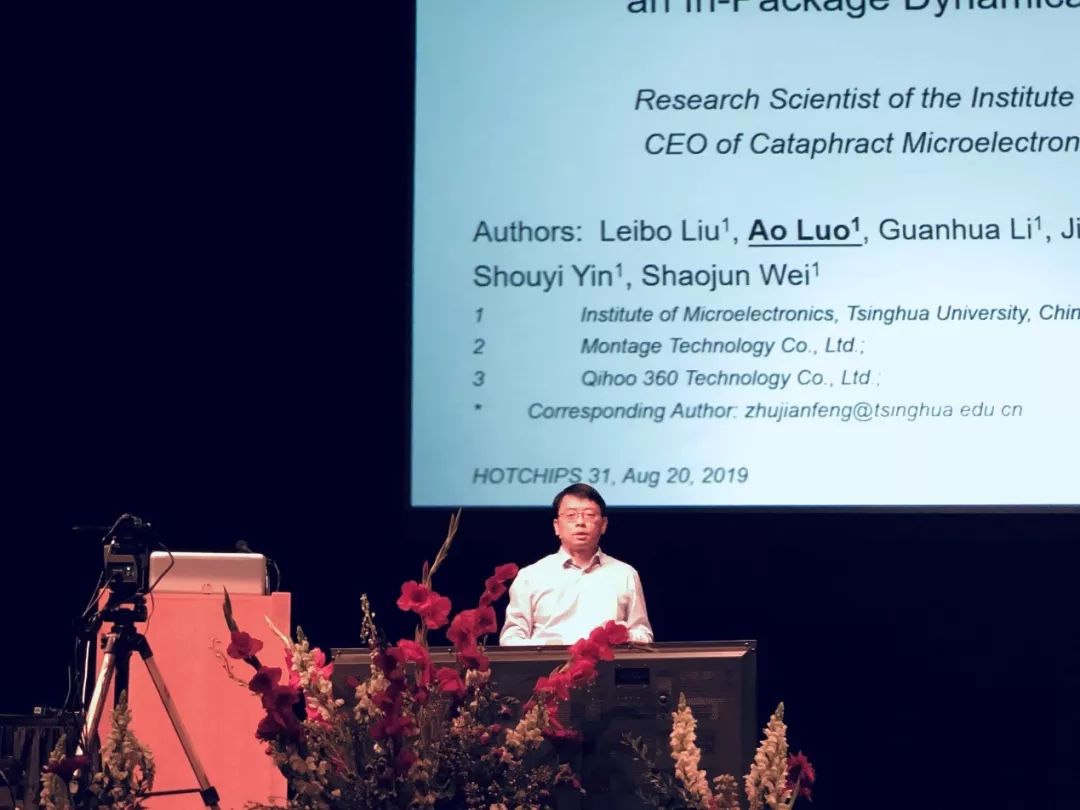 Ensuring the hardware security of CPU chips is an international problem that academic and industrial circles have been facing but have not yet solved. With the development of computer and semiconductor technology, CPU chips have become highly complex chips. The process of design, manufacturing, packaging and testing involves a global industrial division of labor. It is almost impossible to implement effective supervision on all phases. In addition, it is impossible to find malicious hardware that can be composed of dozens of transistors out of the billions to tens of billions of transistors that make up the CPU. The hardware vulnerabilities caused by human negligence or technical limitations are even more difficult to trace and cannot be prevented. The traditional method of finding malicious hardware and hardware vulnerabilities by checking the design source code, netlist, layout, and die of the CPU chip is just like finding a needle in a haystack, which is completely infeasible.

In 2016, the team of Shaojun Wei of Tsinghua University proposed the DSC technology based on a highly secure and highly flexible reconfigurable chip architecture. The technology discovers "illegal behavior" through dynamic and real-time monitoring of "legal behavior" during the operation of the CPU, which fundamentally overcomes the difficulties of monitoring and discovering traditional CPU security hazards and technical vulnerabilities. Hardware Trojans, hardware vulnerabilities (such as "Meltdown" and "Spectre"), hardware backdoors, and malicious use of hardware frontdoors can all be quickly discovered by the technology and managed as needed.

At present, the technology has entered into the stage of commercialization. Catamicro (Beijing) Co., Ltd., which was founded mainly by the core members of the team, received full support from Tsinghua University and obtained the necessary technical authorization. Based on this technology and related chips, Shanghai Montage (the first batch of listed companies on the Science and Technology Board 688008) designed and completed the Jintide® server CPU, which is the world's first server CPU with hardware security checking and control capabilities. Server companies such as Lenovo, Great Wall Computer, Powerleader, and H3C have completed the development of high-performance commercial servers based on Jintide® server CPU, and some products have been marketed. 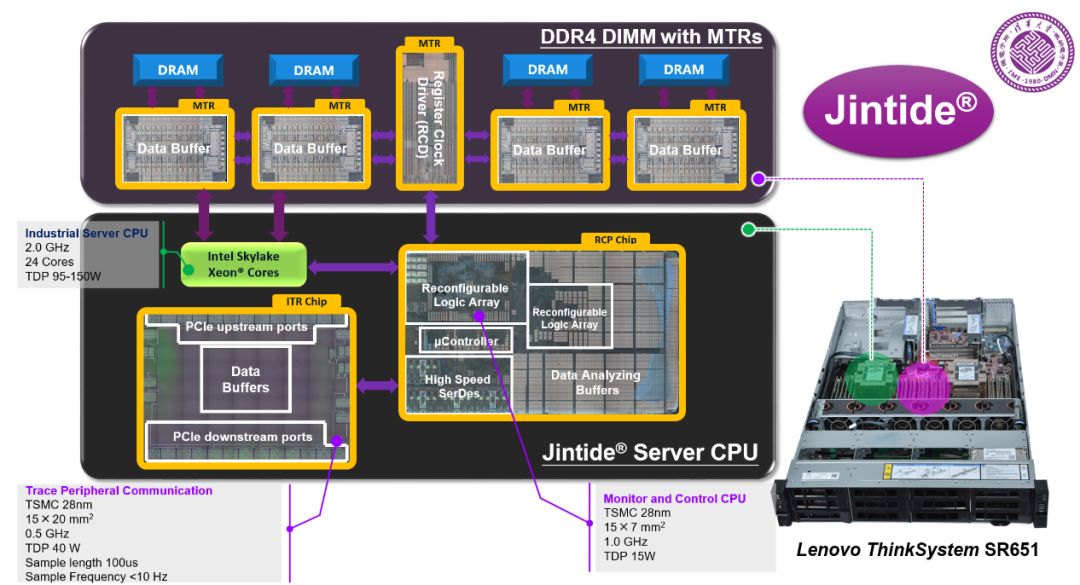 Over the past 10 years, the team of Professor Shaojun Wei of Tsinghua University has focused on the research of reconfigurable chip technology. With the support of key projects of the National Natural Science Foundation of China, key R&D plan projects, 863 plan key projects, and other national plan projects, the team has achieved a number of major technological breakthroughs. Published more than 200 papers in top journals such as JSSC/TIFS/TPDS and more than 20 papers in top conferences such as ISCA/MICRO/DAC/VLSI; granted more than 60 invention patents; published 5 academic monographs; participated in the formulation of safety CPU national standard, 1 proposal of the International Organization for Standardization; related technology has won the second prize of the National Technical Invention Award, the first prize of the Technical Invention Award of the Ministry of Education, the first prize of the Technical Invention Award of the China Electronics Society, the gold medal of the Chinese invention patent, and the leading scientific and technological achievements of the WIC, etc.

Hot Chips is an international top conference in the field of high-performance chips. It has been successfully held for 31 sessions since 1989. Almost all mainstream chip suppliers (such as Intel, AMD, Nvidia, ARM, Xilinx, IBM, Fujitsu, and NEC, etc.) and leading international universities will attend and announce their most representative new technologies or products.